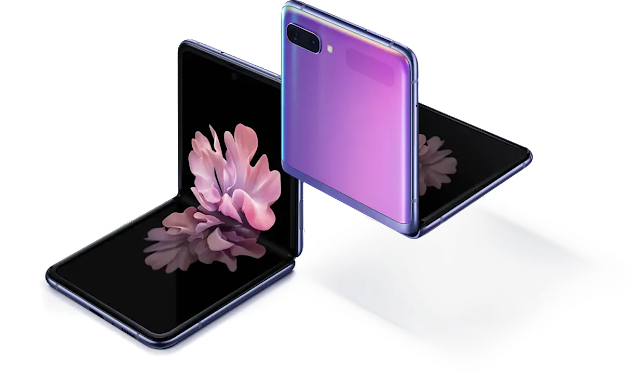 What about the Galaxy Z Flip 2?

While Samsung hasn’t said so officially, it’s clear the phone maker decided to call this new device the Galaxy Z Flip 5G because it’s essentially the same phone as the one that it introduced in the spring time, as we’ll see below when we discuss specs. But could Samsung be developing a true sequel to the Galaxy Z Flip?

Almost certainly. And while Samsung hasn’t been shy about introducing new versions of products quickly — the Galaxy Watch Active 2 came out just six months after its predecessor — we wouldn’t expect big changes to the Galaxy Z Flip lineup until next spring at the earliest. That’s when we could see a Galaxy Z Flip 2 with a new processor, different camera specs, and possibly even a modified design (though the basic flip phone model seems to be working for Samsung).

The main change to the Galaxy Z Flip 5G is right there in the title — 5G connectivity. But there are other changes as well you should know about.

The 5G connectivity comes courtesy of Qualcomm’s Snapdragon 865 Plus, a new processor introduced this summer. The Galaxy Z Flip 5G is among the first phones to feature this new chipset — it’s also in gaming devices like the ROG 3 and Lenovo Legion Phone Duel — which is an upgrade over the Snapdragon 855 Plus in the original Z Flip.

The Galaxy Z Flip 5G comes in two new colors: Mystic Bronze (which was first tipped in the teaser video above) and Mystic Gray. Previous versions of the phone came in Mirror Black, Mirror Purple and Mirror Gold.

The other big changes in the Galaxy Z Flip 5G involve improvements to the Flex mode and multitasking capabilities of the foldable phone. In Flex mode, you can split the screen in half to perform different tasks — using the top half of the Z Flip as a viewfinder for the Camera app, say, and the bottom half for controls. On the Z Flip 5G, you can reverse which side of the split display handles which task.

The price of the Galaxy Z Flip is $ 1,380, about $ 120 less than the Motorola Razr and $ 19 less than the Galaxy S20 Ultra.
The flexible cell phone can be purchased in black or purple in the United States and most countries, but there are also a select number of markets in which users can purchase a gold Galaxy Z Flip.
However, the purple and gold Galaxy Z Flip are the ones that most attract fingerprints, while the black one hides them the most.
Share
juillet 23, 2020 by admin REVIEWS 0