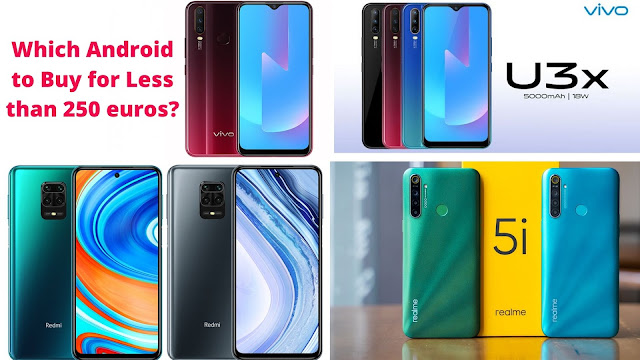 Which Android Smartphones to buy for less than 250 euros? Looking for a new phone in the best value for the money section? Then you’ve come to the right place. You will find here some of the most interesting Chinese smartphones, the price of which can reach 250 euros. 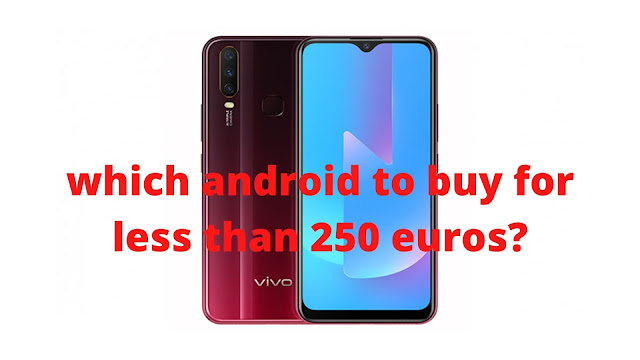 The very powerful Lenovo Z6 is a good deal for less than 200 euros. The smartphone is indeed equipped with the powerful Qualcomm Snapdragon 730, associated with 6 GB of RAM and 64 GB of internal storage (expandable).

The mid-range Lenovo also has a 6.39-inch AMOLED type medium screen with Full HD + resolution. In the camera department, we find a 24 MP main image sensor, associated with an ultra-wide-angle 5 MP lens and an 8 MP telephoto camera. At the front, we rather have a 16 MP sensor hidden in the notch in the shape of a water drop.

The smartphone is powered by a battery with a capacity of 4000 mAh; it supports a fast charge of 18W and works with a ZUI 11 based on Android 9 Pie. 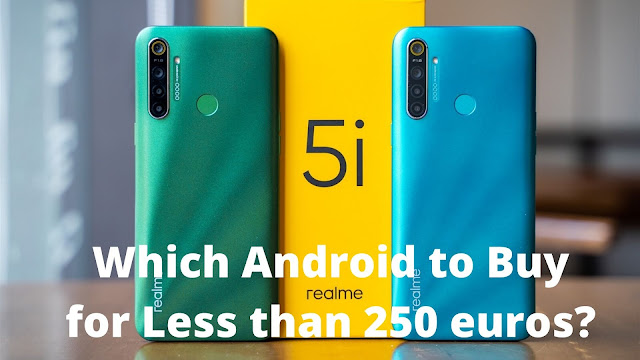 The Realme 5i, a very interesting device for around 150 euros. The handset is equipped with the good old Qualcomm Snapdragon 665, with 4 GB of LPDDR4X RAM and up to 64 GB of internal storage (expandable via microSD).

Regarding cameras, the camera is equipped with a 12 MP main sensor with an aperture of f / 1.8; paired with an 8MP ultra-wide-angle lens, a 2MP sensor for portraits, and another 2MP for macros. In the meantime, we find an 8 MP front sensor.

The Realme 5i is also a good option for those who want a larger screen with its 6.5-inch panel and an extra-large battery with a capacity of 5000 mAh to maintain above-average autonomy. Finally, the Realme 5i is equipped with an infrared transmitter, an NFC module, and works with ColorOS 6.1.2 based on Android 9 Pie. 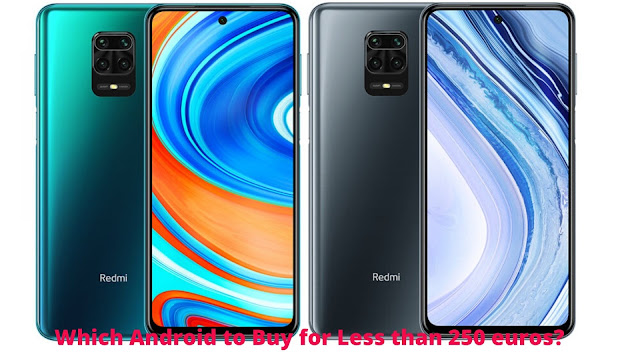 The smartphone launched a few weeks ago has impressive hardware like the new and powerful Qualcomm Snapdragon 720G; as well as at least 4 GB of RAM and 64 GB of internal storage (expandable).

Outside, the phone is equipped with a 6.67-inch FHD + IPS LCD screen with a central hole to accommodate a 16-megapixel camera. At the rear, it is equipped with four cameras. It is a 48MP main camera, an 8MP ultra-wide camera, a 5MP macro camera, and a 2MP depth sensor.

Finally, the Redmi Note 9 Pro is equipped with a huge 5,020 mAh battery, which can be recharged at a power of 18W with the included charger and works with the MIUI 11 based on Android 10. 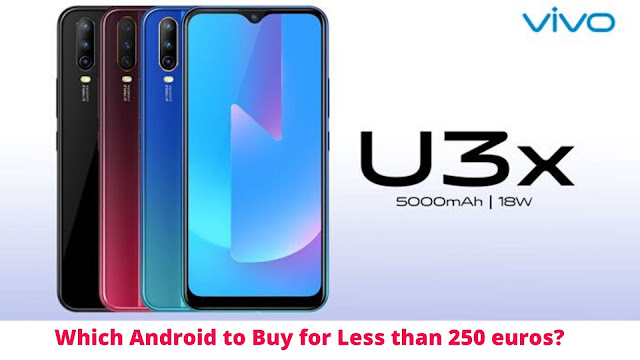 The Vivo U3X, which costs around 120 euros, has also become an attractive option in this price range. The smartphone indeed integrates the very good Snapdragon 665 processor, as well as 4 GB of RAM and 64 GB of internal storage (expandable via microSD).

Next, we find a 6.35 inch Full HD + screen of medium size with a 19.5: 9 aspect ratio and an 8MP selfie camera in the upper notch. On the back, we have three cameras, including a main 13 Mpx, a secondary 8 Mpx with an ultra-wide lens, and a third of 2 Mpx with a depth sensor for portraits.

Finally, the smartphone is equipped with a fairly large battery with a capacity of 5000 mAh and works with the operating system Funtouch 9.1 on Android 9 Pie.
Share
mai 2, 2020 by admin LATEST NEWS 0